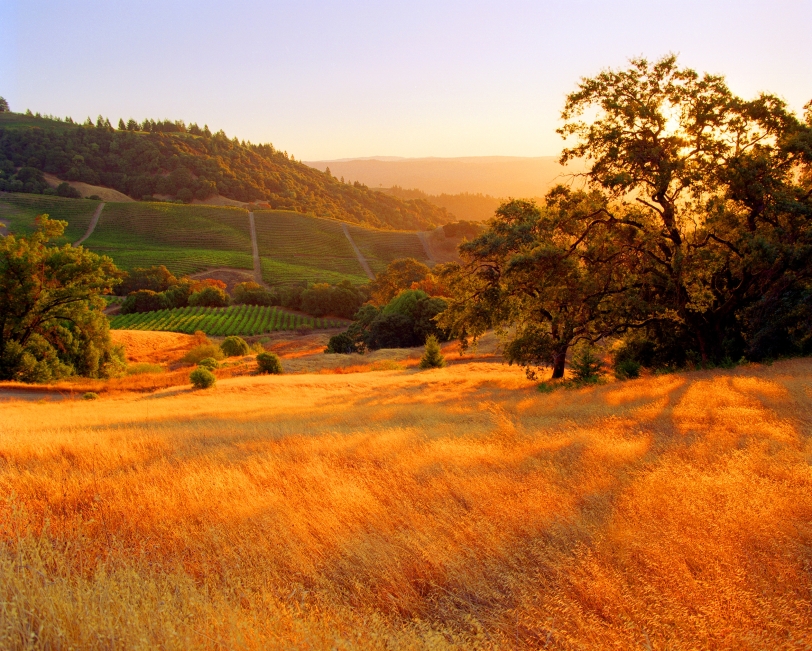 A couple of months ago I went to a tasting, here in London, of what was being marketed as California ‘benchmark’ wines which left me mightly unimpressed. I

just knew California vintners could do better having sampled many on my trips home so I was excited when the Sonoma county Vintners invited me to Goodman Steakhouse in Mayfair for a Winemakers Speed-dating event.  First of all Goodman Steakhouse is a quality place and I knew their wine list so I thought if they’re having it at Goodman, the wines gotta be good. And so they were.

We weren’t speed dating the winemakers, we were speed dating their wines. 8 hectic minutes to sip, taste, swirl and spit as well as get as much info from the winemakers as possible. 8 minutes might seem like a long time of one to one contact but the first two wines makers I sat down with, we had barely finished introductions let alone getting around to the wine before the bell rang *DING* and it was time to move on!

Sonoma Valley specializes in the cool climate varietals chardonnay and pinot noir but also grows the more traditional sauvignon blanc and zinfandel further inland. The range of microclimates and zones varies from the cool Sonoma coast to the rolling hillsides of the Russian River Valley to hilltop estates overlooking the Pacific Ocean.

I found the wines to be brilliant examples of the best that California can do. Now THIS is what I’m talking about. Chardonnays that were not over oaked or smelling of detergent, pinot noirs that were soft and silky yet still showing nicely balanced acidity and no overbearing fruit or smoke which I find all too often in many new world pinots.

The most surprising and delightful wine of the afternoon was the Joseph Swan 2004 Syrah. Fresh and elegant, a classic Cote Rotie blend, 95% syrah, 5% viognier which gave it the lifted floral notes and balance that only viognier can do for syrah. Lovely cinammon, cloves and sweet spice on the nose with dark, black fruits underlying it all. 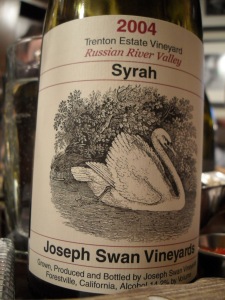 The only hitch being the price. My favourites of course were the most expensive, around £80 a bottle but some of the others were more reasonably priced at around £20 – £25 going up to £65 ( ok, maybe not so reasonable price-wise but well worth it).

After the speed wine dating, we were off to the bar for an aperitif and then back to the dining room for lunch – Frank Hederman smoked salmon (paired with the chardonnays) and USDA New York strip loin (aged in the Goodman meat locker) which the California pinots were able to stand up to mightly. All in all, Sonoma is showing that much more than sweet white zin or overoaked chardonnay can be had from the Golden State.