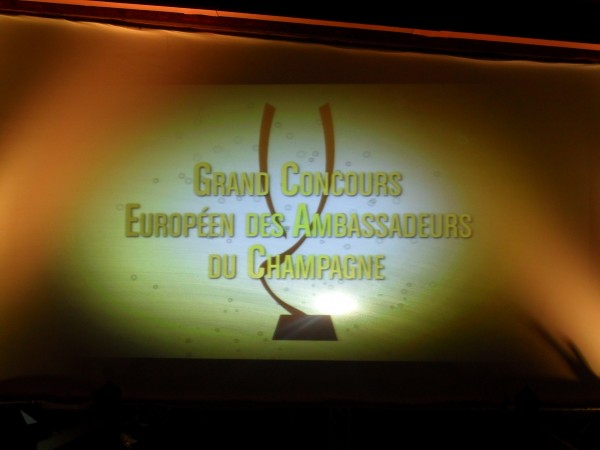 I always imagine ambassadors to be outfitted in what the English call Morning Dress with top hats, tails and spats, possibly sporting monocles, much like the little guy that is the mascot of the board game Monopoly. Having attended the 2010 Champagne Ambassadors Award dinner recently, I was sorely disappointed to see not a tail, spat or monocle in sight but the champagne (among them, magnums of Gosset Grande Reserve, one of my favourites) was free-flowing which did much to assuage my disappointment.

All kidding aside, the European Champagne Ambassadors Award is actually a competition organized by the CIVC to raise interest in Champagne while also recognizing all those hard working wine educators who train the next generation of sommeliers and educate the general public on the joys and mysteries of champagne. The competition is open to wine education professionals in the 8 European countries where the CIVC has a bureau and attracts many candidates, from MW’s to journos and every one in between. The selection process is rigorous, beginning with a lengthy written application open from April to July. After the judges have whittled down the top 3 or 4 candidates in each country, they are invited to the country’s national final in September where they are then put through a tasting and a test on their knowledge of champagne.

This culminates in the top candidate from each country travelling to the Champagne region, for one week in October, where they visit various champagne houses, from Krug to the smallest one man operation, they get to see it all. As Laura Clay, the UK representative said “just being able to come to Champagne for a week and meet the growers, visit the vineyards and drink all this lovely champagne is prize enough.”

the sweetest lobster, went brillantly with the champagne

Once here, the candidates get to gallivant around the Champagne countryside, I mean, have an extremely educational tour throughout Champagne for four days before the final selection process to choose the European Champagne Ambassador. The final consists of two oral exams, one a blind tasting and the other a theoretical lesson. The week ends in a gala dinner, this year hosted at the Vilmart champagne house near Epernay, with the winner of the competition announced right before the dinner. At the dinner, we saw a video of their travels through Champagne and it looks like they had a great time but then again, if you’re spending all day drinking champagne and visiting vineyards and cellars, who wouldn’t have a great time? 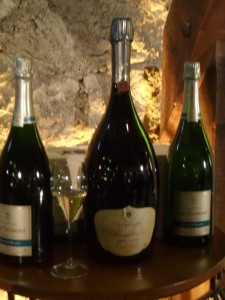 a magnum and some "little" buddies

This year’s winner was an Italian, Marco Chiesa from Milan. Marco runs his own wine event and training sessions where he has a particular focus on champagne. Marco believes that champagne is more than a great wine, it “represents a moment of pure joy.” I’m sure that that statement is even more true now that Marco has been chosen as this year’s European Champagne Ambassador 2010.

If you’re interested in finding out more about the competition or about champagne in general, visit the CIVC website. In the meantime, I wonder if Marco owns any spats or monocles…..