Just  a quick post today seeing as it’s the beginning of the Olympics. If you find yourself in Clerkenwell and fancy an Olympic themed cocktail, head over to Malmaison Hotel. They’ve come up with a string of cocktails for their guests. 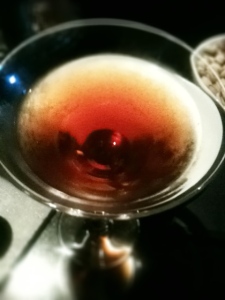 Going for the gold? Try the Gold Martini, vodka based with elderflower cordial, it’s finished off with a garnish of edible gold powder.  Second prize goes to the Silver Martini, a very fresh gin based cocktail, it reminded me of alcoholic lemonade and was waaaay to easy to drink. Although it’s called the Bronze Martini, it was my favourite, a whiskey based cocktail, it was very similar to my favourite –  a Manhattan, and was garnished with edible bronze powder. 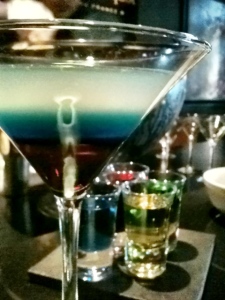 There were also a few other cocktails on the list, including the Olympic Flame, a long,tall and quite fruity drink, the very pretty Team GB Martini and, the most enticing to me, although I didn’t order them, the 5 Olympic shots – pretty much pure liquor shots. If you’re curious, here’s what they’re made of… 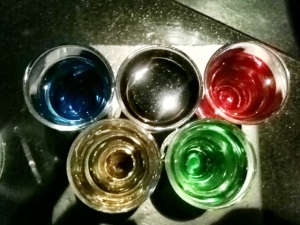 Malmaison will be running these cocktails throughout the Games so pop in if you’re around Clerkenwell.